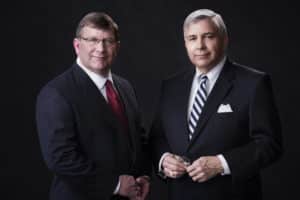 We are happy to announce that Jerre Richards has been named the new president and CEO at Richards & Richards. Steve Richards will now assume the role of chairman, effective Dec. 15. Jerre has served as the company’s COO since 1988 couldn’t be better suited for his new position. Congratulations, Jerre!

Why Shredding Your Confidential Documents is Better Than Burning Them

The Benefits of Document Shredding for Medical Practices

What is a Certificate of Destruction?